There is no such thing as the perfect crime. You can never account for everything, and sometimes you may overlook a key piece of evidence that will help law enforcement in their attempt to solve the case.

This is precisely what happened in the murder of swimsuit model Jasmine Fiore. The murderer, who police suspect is her husband and former reality TV contestant Ryan Alexander Jenkins, tried to make it nearly impossible for police to identify the body. Before stuffing her naked remains into a suitcase and throwing it in a dumpster, he removed her fingers and teeth. But he forgot one important identifier – her breast implants. 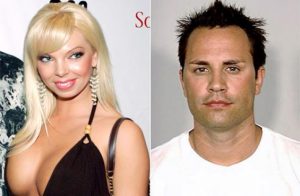 That’s right. Never underestimate the forensic powers of the breast implant. Those silly silicone jugs may make you look like a stripper, but they come in handy when you get mercilessly butchered by a psychopath. And if you are trying to commit the perfect crime and prevent the police from ever being able to identify the body, you had better make sure to pull out those pesky implants along with teeth, fingers, hair, and any other DNA identifying agents.

Breast implants have these things called serial numbers. You may have heard of them. They’re used on just about any product sold to the general public, and they provide a lot of important information about the product. You can use a serial number to determine when and where a product was produced, where it was sold, and all sorts of other great information.

Pretty amazing stuff, and this isn’t even any kind of fancy, innovative technology. No sirree. It’s just a number. In fact, serial numbers have been used for a long time – long before the first breast implant was ever conceptualized.

It’s funny. These serial numbers are actually recorded and linked to patients during a breast augmentation procedure – I would imagine for safety purposes. For example, if there were a batch of defective breast implants and the manufacturer needed to issue a recall, they could identify all the patients who were involved in the recall using these serial numbers.

Imagine that! How convenient! You know what else this means? You can use the serial number of a breast implant to determine the identity of a dead body that would otherwise be unidentifiable.

Bye-bye perfect crime. You forgot your model wife had a boob job, and now the police know she’s not “missing,” as you reported. No. They know for a fact that she’s dead. And now they’re coming for you. You blew it!

On the Run in Canada

Fiore was last seen alive at a poker game in San Diego with Jenkins. One day later, he filed a missing person’s report with the Los Angeles County Sheriff’s Department. And then something else interesting happened – Jenkins went missing too.

Ok. This is starting to sound like it is far from the perfect crime. First you kill your wife, then you report her missing, then you flee the state while authorities are investigating. Doesn’t look too suspicious. Of course, now that they’ve found the dead body, the police will likely find other evidence linking Jenkins to the murder of his wife.

Jenkins was last spotted near a marina in northwest Washington. When police searched the area, they found his black SUV. It is believed that he bolted for Canada in a boat being housed at the marina.

Jenkins is originally from Calgary. I guess he’s staying consistent. Not much about this murder seems very imaginative. Going on the lam in your hometown where everyone knows you would fit that model.

Jenkins never made it all the way back to Calgary. Several days later, he was found dead at a hotel in British Columbia. His death was ruled a suicide. He was found hanging from the clothes rack by a belt.

Is there a moral to this story? I’m not quite sure. Maybe it’s just that if you are going to marry a psychotic reality TV personality with a penchant for violence, it might be a good idea to get breast implants. They may come in handy if someone has to identify your body after it is pulled out of a dumpster.

The U.S. Food and Drug Administration (FDA) says that it has heard from women who feel they are not fully informed about the risks of breast implants and need more information in order to have … END_OF_DOCUMENT_TOKEN_TO_BE_REPLACED